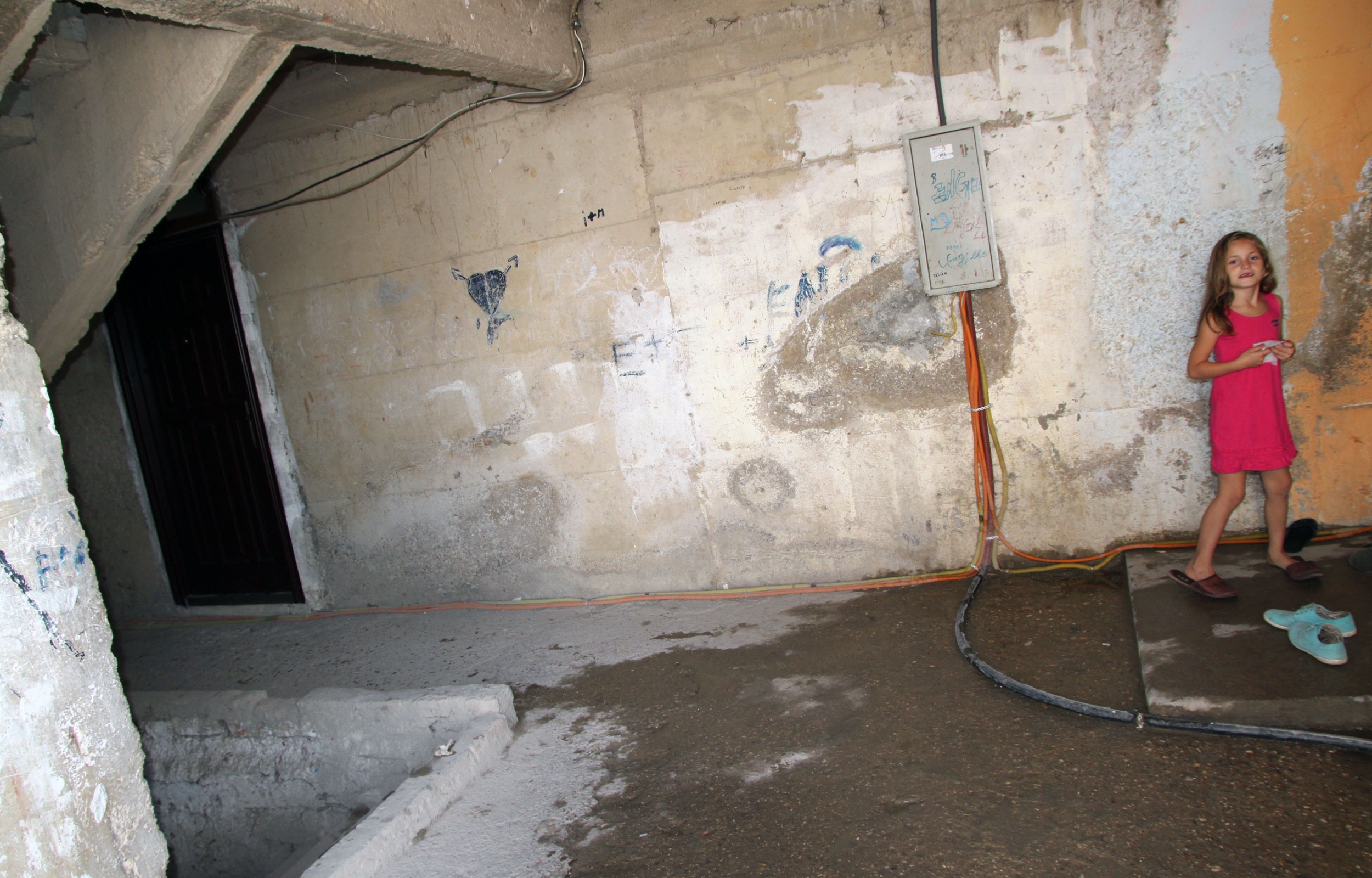 The Municipality of Drenas had awarded “Kalaja” company of Skenderaj a tender worth 100 thousand euros for the painting of the residential building “Bloc 8” where around 30 families live. The building continues to be in a dire state, even after “Kalaja”, property of Lushtaku family had not concluded the works for which they were paid. The company had received the money, since urbanization officers within the municipality had accepted the works of...

Just in front of the Municipal building in Drenas, 30 families live miserably, in a collective building, which does not sustain even the essential conditions for living. Stairs that sway back and fro, in the verge of collapse, electric cables scattered throughout the concrete, sewage that has filled the basements and exposing residents to infections, and water which leaks from the roof are only a few risks which the residents live with each day. “Kalaja ”, property of Lushtaku family had received 100 thousand euros from the municipality to fix these problems, but got away with an external paint only.

When these families had settled, the building was unfinished. Everything was still under construction, with the roof unfinished, the sewage not fixed, stairs without protection, without lighting, without windows in the corridors of floors, cables scattered all over the place and not painted inside or outside. The building is almost in the same state now, although the municipality had paid 100 thousand euros” for the renovation of the building.

In August of 2010, the municipality of Drenas had awaded   “Kalaja”, property of Fejzullah and Berat Lushtaku with a tender for the painting of this bloc. Also, the first   and  second  contract are public in the Independent Commission on Public Procurement.

After the “conclusion” of the first phase of works, the external painting of the building, the municipality of Drenas had accepted the works of this company and had awarded it with additional works, awarding it another two annex-contracts   for cleaning up the basement, where sewage floats around, placement of gutters , fixing of stairs which pose a permanent threat to these residents, and the placement of the roof. But none of this was ever done.

The contract with the company of Lushtaku family clearly exposes that the only works concluded in this building is the external painting, being the most visible of works. But inside, the employees of the company have hardly gone in.

Preportr has obtained documents which show that a supervising commission consisting of Flora Krasniqi and Shqipe Kuliqi   from the urbanization directorate had assessed   in both   contracts that 90 percent of work had been concluded (4), making thus the execution of the payment possible to “Kalaja” company.

Thus, “Kalaja” of Lushtaku family from Skenderaj was paid 100 thousand euros for works it never completed, leaving the residents of this bloc in a miserable state and in permanent danger..

The building risks the health and lives of residents

The residents who live in dire economic conditions speak about their lives, and the dangers they face everyday.

My daughter was pregnant when she fell and broke her hand.

“My daughter was pregnant when she fell and broke her hand”, says Sabrie Berisha , adding that she herself fell several times in the concrete  stairs   which are not stable. She is scared also from cables in the corridor which are scattered throughout the concrete.

It is even worse in the basement of this building. All the sewage of the building flows there. Now it has been isolated by the residents themselves due to the stench it causes in this building bloc.

“The basements are filled with water, the stench is very strong”, says Berisha. He says that when they settled after the war, the building consisted only of walls which were internally painted by residents themselves when they could. “Some could only now paint their apartments inside. We have been staying like this in the skeleton of this building”

“The works have not even closely been finished compared to what was said”, says Hajriz Morina.

They have done nothing. We have to do everything and most here are unemployed. We work in construction but that could mean only several days. The rest of the days we are left with nothing.

Agim Kurtaj, on the other hand, tells about the difficult conditions of the residents of Drenas.

“They have done nothing. We have to do everything and most here are unemployed. We work in construction but that could mean only several days. The rest of the days we are left with nothing”.

The highest floor of the building is filled with buckets, placed to collect the leaking drops of water from the roof. The water flows even in lower floors.

“In the fifth floor where I life water leaks from the ceiling , and you can imagine how it leaks on the sixth floor”, says Fatmir Ibriqi. The main problem with water is that it is scarce. This building is supplied with water only a few hours, although it gets billed randomly”. Most of the time we have no water. We have to collect reserves, and we still get billed randomly” 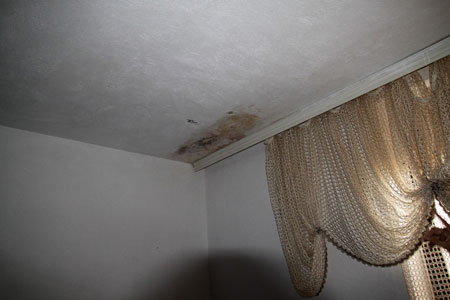 The residents have filed a  complaint  addressed to EULEX, but they have not received any reply yet.

And those who were paid to finish the works seem to have other responsibilities rather than answer questions regarding the failure of this project. The owner of “Kalaja”, Fejzullah Lushtaku says that he is very busy in the north of Kosovo and that he hates phone calls.

”I am not here. I will not be for another two weeks. I will be in the north of Mitrovica since I have work in handing over a building I am constructing there”, says Lushtaku. He does not like to answer over the phone. “No, I hate phone calls, I hate them very much”, Lushtaku concludes his communication with Preportr.

Will the officers who accepted the works be held accountable?

Ajet Demiri, director of urbanization in the municipality of Drenas, responsible for accepting works of projects did not answer to questions by Preportr, for as he said, private reasons.

But the Mayor of Drenas, Nexhat Demaku has given an answer regarding this issue. Although the building is just across the street from the Municipality building, he said he was not informed that the work was accepted without being finished.

I as mayor guarantee that, if the municipal officers have accepted the work unfinished, they will be held accountable and be dismissed from work.

“We have to see the reasons why the project was accepted in this condition. If irregularities are confirmed, we as municipality will take all measures compliant to responsibilities that we have.. I as mayor guarantee that, if the municipal officers have accepted the work unfinished, they will be held accountable and be dismissed from work’, said Demaku.

Left without a roof, water leaks into the rooms when it rains or snows, and corridors inside resemble rivers.